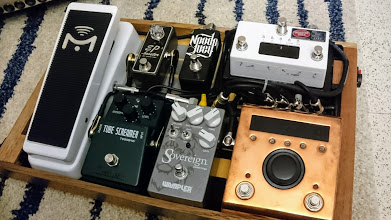 OK, so my pedalboard was too big. I had my old wah pedal on there AND an expression pedal for the H9.

I wanted to clean it up… so I started using an H9 patch for Wahs. This sounded fine (actually great, and adjustable).. but I needed some planning to hit the patch. I lost some spontaneity in soloing.

SO.. what do I want? A switch that turns the wah on.. just like a wah does.

PEDALS I USE ALREADY:

Note: I didn’t use the SWITCH on the Mission pedal for anything. I think it is cumbersome to use as an AUX switch, so I had a separate one.  Middle Top in the pic here….

Obviously I got to thinking.. can I use the switch on the SP-H9 to call the WAH preset on the H9? Via my DMC?  I’m otherwise not using it… The Answer? YES.

The guys at mission thoughtfully put an extra hole in the side of that thing. 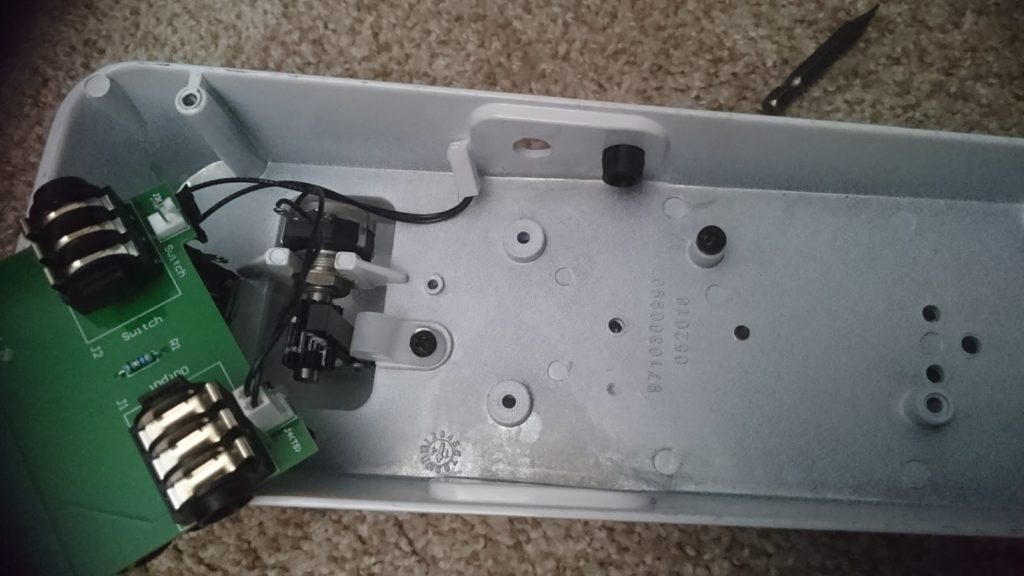 So I disconnected the switch from the board, wired it to a jack in that hole, and connected it to the DMC. 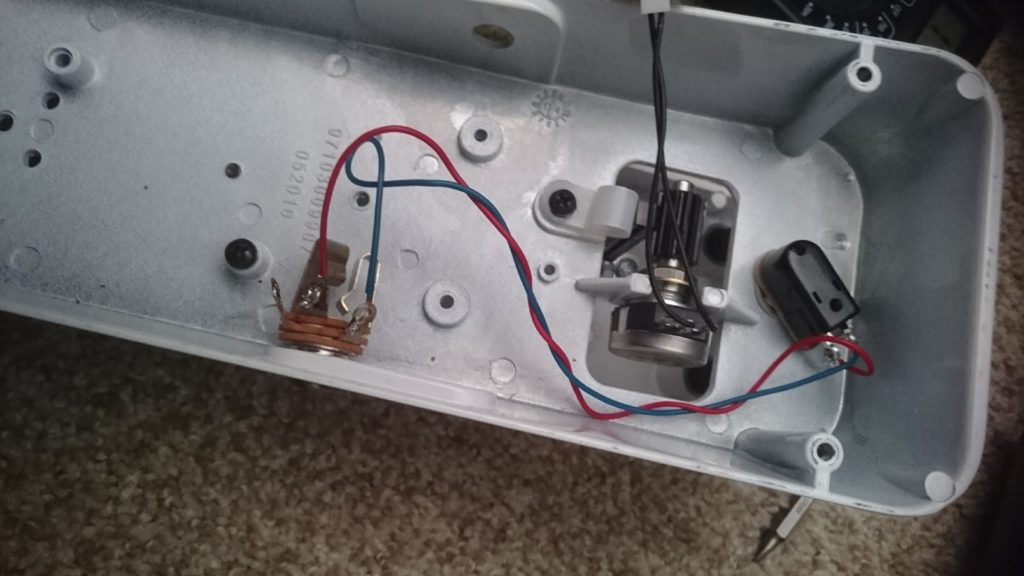 The DMC has a “FAVORITE PRESET” function for an attached switch.. which I set to my wah. DONE.

Notes: Although I could use the included switch, I actually pulled it and used a soft-switch that was a tiny bit longer. Any momentary switch works..including the SP-9s. I wanted it to trigger a tiny bit easier, though. 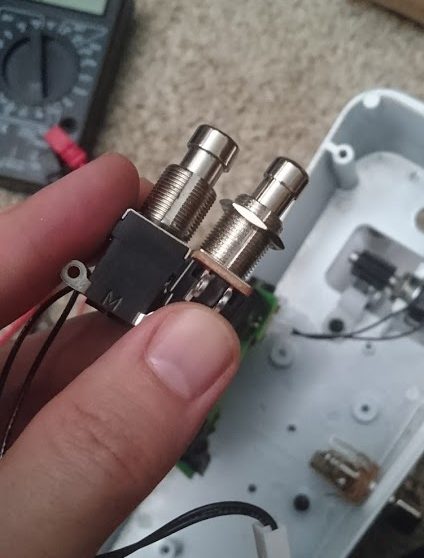 Now.. no matter what I am playing, I can engage the Wah preset by hitting the toe-position switch.